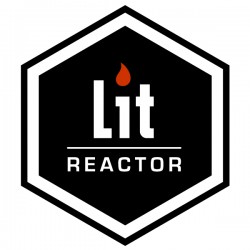 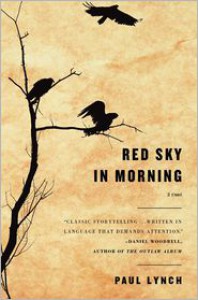 Plot in a box:

A young Irishman accidentally kills the landlord about to evict his family, catalyzing a bloody chain of events.

Invent a new title for this book:

What the Crows Saw

Read this if you liked:

Blood Meridian by Cormac McCarthy, In the Forest by Edna O'Brien.

Coll Coyle, a decent but imperfect man who gets himself into a really rotten situation.

Said lead would be portrayed in a movie by:

Setting: Would you want to live there?

Absolutely not. Lynch portrays early 19th century Ireland as a dreary place, fraught with poverty and danger. Those born with power remain in power, and everyone else has little choice but to do exactly what the aristocracy wants.

What was your favorite sentence?

Ghoulish dancers they could have been, stiff-limbed to the melody of the whispering wind...

Paul Lynch has a knack for creating intense visuals that linger long after you've closed the book and turned off the bedside lamp. Even the descriptions of Coyle disposing of a dead body are, as alluded to in my favorite sentence, a bit like a macabre ballet. I could really see the "white-boned and charred tree" struck by lightning and the carrion crows wheeling overhead in the sky. For this quality alone I recommend Red Sky, but it's not the book's only virtue.

There's a visceral grittiness to Lynch's writing, reminiscent almost of an American Western classic. An interesting choice on the author's part was to exclude all quotation marks from the dialogue, electing to present conversation as regular text. In another context, such a decision might seem peculiar, but as Coyle stumbles through bog and brush to escape his vengeful pursuers, it lends authenticity to the reader's experience of witnessing the world through his eyes as it passes by in one continuous stream.

If pressured to find a flaw with the novel, I'd have to admit that I did have a bit of a problem with run-on sentences. It sounds like a strange criticism, but perhaps an example (describing a scene in a stable) will demonstrate what I mean:

He guided it into the stall and rubbed its nose and took straw and lifted it to its mouth and he stood about and walked back and forth and when he stepped outside there was movement of men up by the house.

That’s seven ands in one sentence! It’s hard to say for certain whether this was unintentional or a stylistic choice on Lynch’s part, but it was something of a recurring phenomenon throughout the novel. A minor criticism, to be sure, but it was enough to occasionally disrupt my suspension of disbelief and drag me back to the 21st century.

Overall, however, Red Sky in Morning was a stimulating, chaotic, and surprisingly elegant read that starts off with a bang and rarely lets up the pace. If you find yourself weary this Thanksgiving of family bickering and boxed stuffing, consider Paul Lynch’s caustic new novel as the perfect antidote.